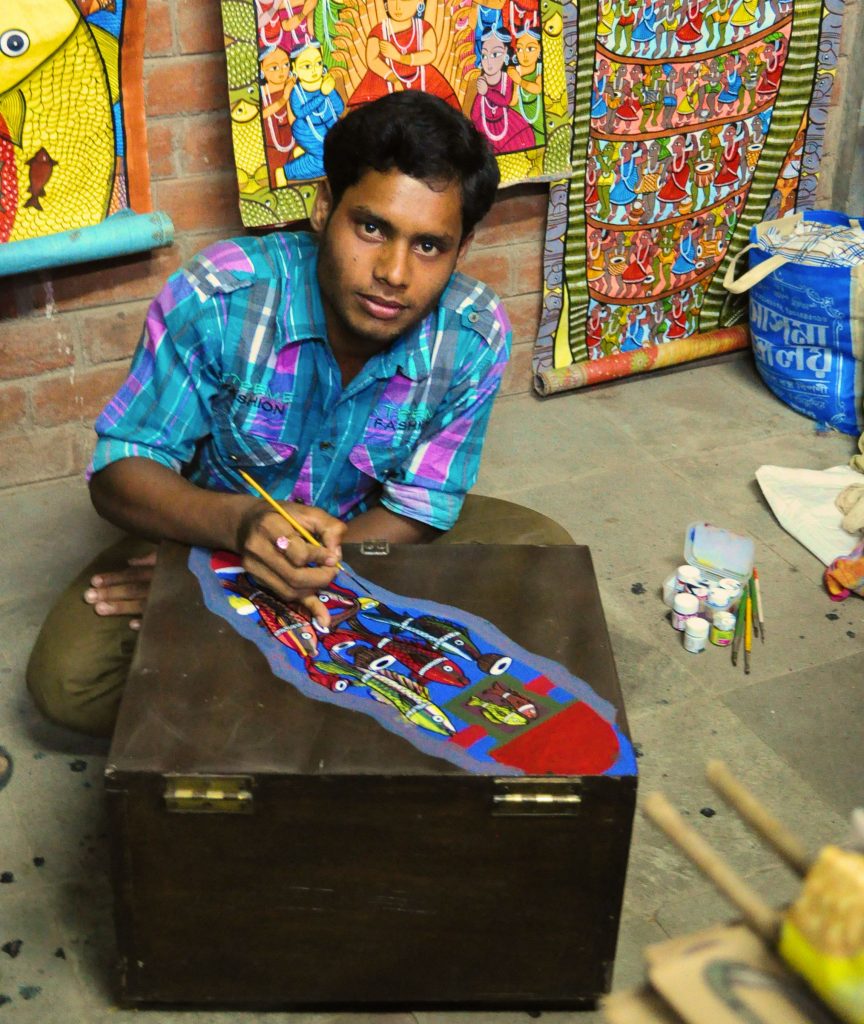 Laltu’s 100-watt smile is something that can brighten even the bleakest of days. He lives in Midnapore, in a village that is only 100 kms away from Kolkata but takes forever to reach. Part of a Maoist area, this village has no bank or medical facility. The facilities are so dismal that Laltu’s wife, all of 19 years old died due to a fire out-break. They couldn’t get her to a hospital on time.

A region prone to such calamities, Laltu took it in his stride. He let his brother’s family adopt his infant son and focused on helping his mother raise their large family. His enterprising nature ensured that he adapted his craft to every possible medium- umbrellas, bamboo lights, tee shirts. He re-married recently.

Muslim by religion, these Pattachitra painters take on a Hindu identity while practicing their craft. Their depictions and performances of local folk tales and stories, predominantly Hindu, is part of the local culture. They claim that this has been the case for generations. The kind of assimilation that is the very nature of the fabric of this country.